FDLE is investigating a multi-agency shooting connected to a robbery at a Save a Lot store on Mother's Day.

On Tuesday, May 10, 2022, the U.S. Marshals Service Task Force received intel leading them to a suspect, 30-year-old Pedro Gamez, believed to have robbed a Save a Lot store on Fletcher Avenue in Tampa on Sunday, May 8, at gunpoint. After fleeing the scene, Gamez and three suspects in a vehicle shot at deputies with the Hillsborough County Sheriff's Office attempting to stop them for a traffic violation.

Task Forces Officer encountered Rico Dyches, 24, and a female leaving a home located at 2532 Lake Ellen Circle in Carrollwood around 4:00 p.m Tuesday. While attempting to stop their vehicle, Dyches rammed the officers' vehicles before being stopped one block away. Dyches was taken into custody on active warrants out of Polk County. Both he and the female passenger were questioned. They revealed to officers that Pedro Gamez was inside the home from which they had fled.

Officers at the home gave commands for Gamez to exit the residence. He complied and was taken into custody on warrants related to the Save a Lot robbery without incident. In an effort to secure the home, officers went inside to clear the residence room-by-room. On the second floor, they encountered an adult Hispanic male with a firearm.

Two Task Force Officers, one who is also a Tampa Police Officer and the other who is a Pinellas County Sheriff's Deputy, fired multiple shots, striking the man. He was transported to St. Joseph's Hospital-North where he was pronounced deceased. His identity is not being released at this time, pending next of kin notification. No officers were injured.

"These were extremely violent individuals with lengthy criminal histories, and it was clear by their actions that they were willing to do whatever it takes not to get arrested. We are thankful that the U.S. Marshals Service worked with our agency to relentlessly track down Pedro Gamez, but our investigation will continue, as we definitively work to link three other individuals to the Mother's Day robbery and shooting," said Sheriff Chad Chronister.

FDLE is conducting an investigation into the shooting. Questions regarding the officers involved in the shooting should be directed to their agencies or the U.S. Marshals Service. 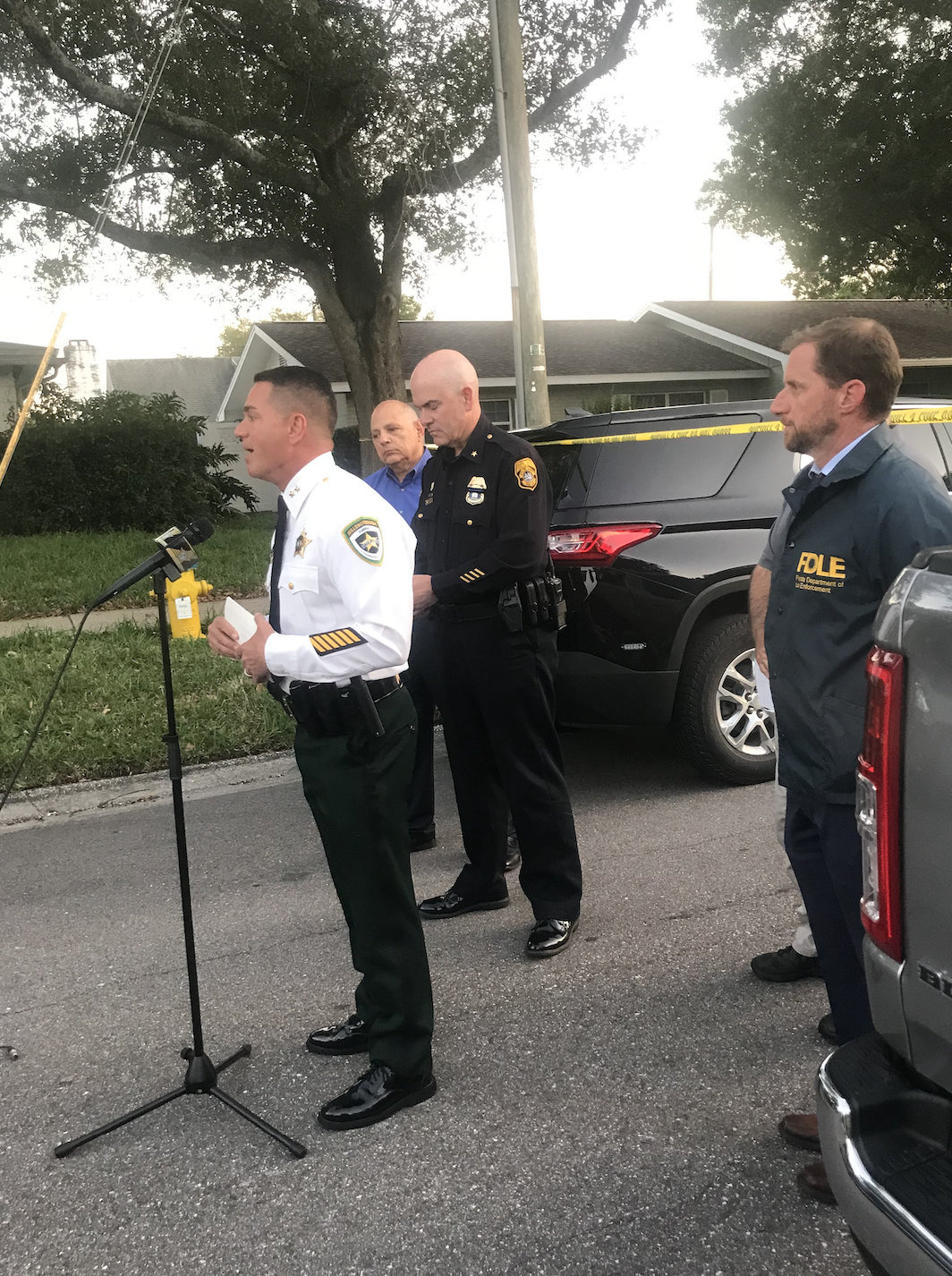